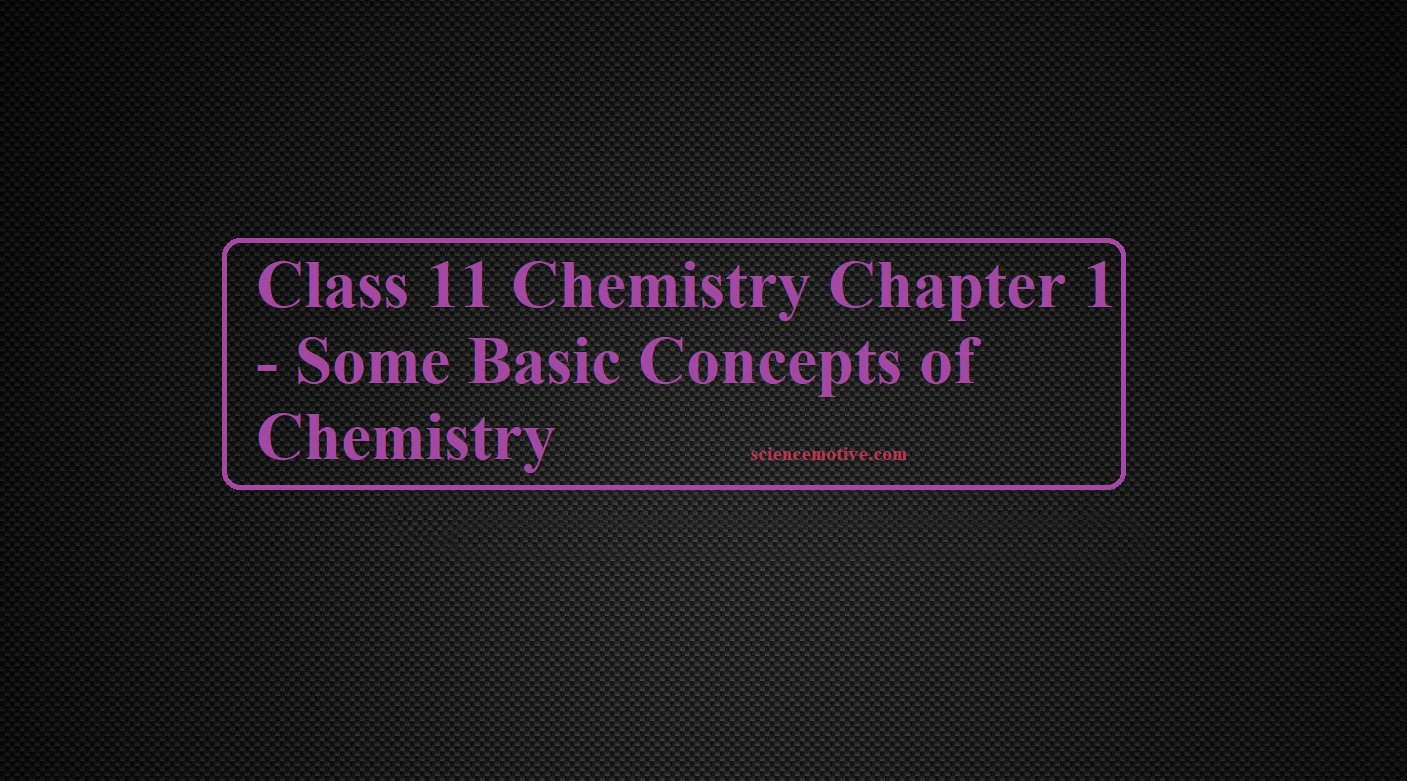 Classification of Matter: On the basis of Matter composition it can be divided into two categories:

Elements are pure substances that contain only one type of particle. These particles may be atoms or molecules. For eg: Hydrogen, Nitrogen, Sodium, Potassium, Lithium, Calcium, Phosphorus, etc.

Mixtures are made up of two or more types of particles. E.g. all types of solutions, gold ornaments, seawater, muddy water, air, etc.
There are two types of mixtures:

Homogeneous Mixture: Mixture with uniform distribution of particles or mixture with no visible (separation) boundaries of particles. For eg. all types of solutions, water in milk, ink in water, air, etc.

Heterogeneous Mixture: Mixture with no uniform distribution of particles or mixture with visible separation boundaries. For eg. Salt in water, oil in water, soil, etc.

Mass: Mass of a substance is the amount of matter present in it. Its SI unit is the kilogram (kg).

Weight: Weight is the force exerted by gravity on an object. Its SI unit is the newton (N).

Signiﬁcant ﬁgures: These are meaningful digits that are known with certainty. The uncertainty is indicated by writing the certain digits and the last uncertain digit. Thus, if we write a result as 11.2 mL, we say the 11 is certain and 2 is uncertain and the uncertainty would be 1 in the last digit.
There are certain rules for determining the number of significant figures. These are:

Law of Deﬁnite Proportions: A given compound always contains the same elements in the same proportion by mass.
For Example, Carbon dioxide can be formed in the atmosphere by various methods like respiration, burning of fuels, the reaction of metal carbonates and bicarbonates with acid, etc. All these samples of CO2 contain only two elements Carbon and Oxygen combined in a mass ratio of 3:8.

Law of Multiple Proportions: When two elements combine to form two or more compounds, then the different masses of one element, which combine with a ﬁxed mass of the other, bear a simple ratio to one another.
Hydrogen combines with oxygen to form two compounds – water and hydrogen peroxide.

Dalton’s atomic theory: In 1808, Dalton published ‘A New System of Chemical Philosophy’ in which he proposed the following:
(i) Matter consists of indivisible atoms.
(ii) All the atoms of a given element have identical properties including identical mass. Atoms of different elements differ in mass.
(iii) Compounds are formed when atoms of different elements combine in a fixed ratio.
(iv) Chemical reactions involve the reorganization of atoms. These are neither created nor destroyed in a chemical reaction. 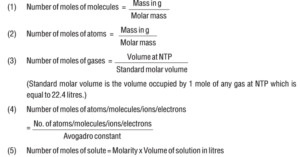 Empirical Formula: It represents the simplest whole-number ratio of various atoms present in a compound. e.g., CH is the empirical formula of benzene (C6H6).

Molecular Formula: It shows the exact number of different atoms present in a molecule of a compound. e.g., C6H6 is the molecular formula of benzene.

Following Steps Should be Followed to Determine the Empirical Formula of the Compound:
Step 1: Conversion of mass percent of various elements into grams.
Step 2: Convert mass obtained into the number of moles.
Step 3: Divide the mole value obtained by the smallest mole value (out of the mole value of various elements calculated)
Step 4: If the ratios are not whole numbers, then they may be converted into whole numbers by multiplying with the suitable coefficient.
Step 5: Write the empirical formula by mentioning the numbers after writing the symbols of the respective elements. For Example:

Concentration Can be Expressed in the Following Ways:
Mass percent (w/w or m/m): It is defined as the number of parts solute present in 100 parts by mass of solution. i.e.
Mass % of a component =   Mass of solute  × 100
Mass of solution

Molarity (M): It is defined as the number of moles of solute dissolved per liter of solution. i.e.

Molarity (M) = Number of moles of solute (n)
Volume of the solution in litre (V)
1 M NaOH solution means 1 mole of NaOH is present in 1 L of solution.
Molarity equation:    M1V1   =    M2V2
(Before dilution) = (After Dilution)
The molarity of a solution decreases on increasing temperature. The molarity of pure water is 55.56 mol L-1.