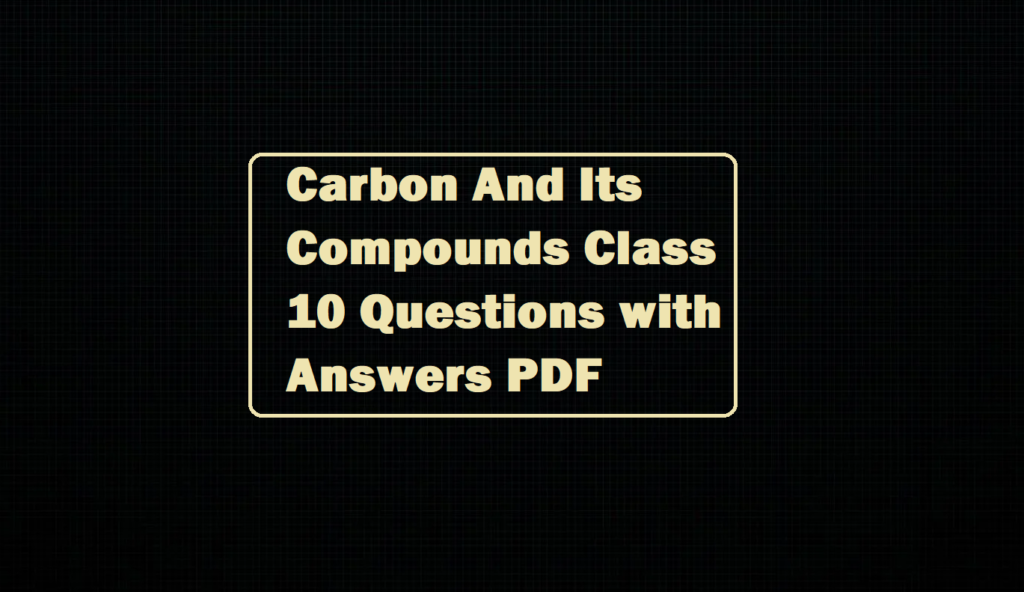 Que 2. What is the role of concentrated H2SO4in the esterification reaction?
Ans 2. In an esterification reaction, a carboxylic acid reacts with alcohol to form ester and water in the presence of concentrated sulphuric acid. This reaction is reversible and this reverse reaction is called ester hydrolysis.
Concentrated sulphuric acid being a strong dehydrating agent removes water from the reaction mixture. As a result, the reaction proceeds only in the forward direction to form an ester.
RCOOH +ROH —–Conc. H2SO4—→ RCOOR + H2O

Que 8. Given a chemical test to distinguish between
(i) Ethane and ethane
(ii) Ethanol and ethanoic acid
(iii) Soaps and Detergents
Ans. (i) Ethane decolorizes the yellow colour of bromine while ethane does not.
(ii) Ethanoic acid gives a brisk effervescence with sodium hydrogen carbonate while ethanol does not.
(iii) Soaps form curdy white precipitate or scum with hard water while detergents do not form any precipitate.