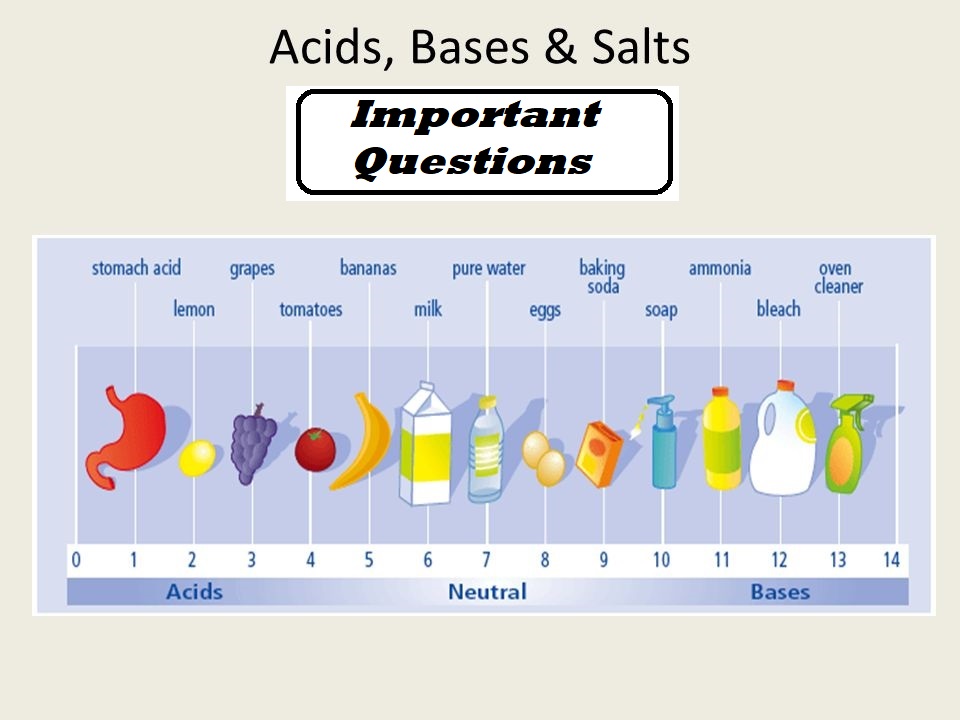 Que 21. Compounds such as alcohol and glucose also contain hydrogen but are not categorized as acids. Describe an activity to prove it.

Que 22. Why does distilled water not conduct electricity, whereas rainwater does?

Que 23. Why do acids not show acidic behavior in the absence of water?

Que 26. What is a neutralization reaction? Give two examples.

Que 28. A milkman adds a very small amount of baking soda to fresh milk. Why does he shift the pH of the fresh milk from 6 to slightly alkaline? Why does this milk take a long time to set as curd?

Que 29. What are the indicators? Name some common indicators.

Que 31. While diluting the acid, why is it recommended that acids should be added to water and not water to acid?

Que 32. Write the composition of baking powder. What will happen if tartaric acid is not added to it?

Que 33. A student working in the laboratory added some water to a syrupy liquid taken in a tube. The tube immediately cracked and the liquid which escaped out of it, produced blisters on the skin of the student. What actually happened?

Que 34. A compound X of sodium is commonly used for making crispy pakoras. It is also used for curing acidity in the stomach. Identify ‘X’. What is its formula? State the reaction that takes place when it is heated.

Que 35. Dry hydrogen chloride gas does not turn blue litmus whereas hydrochloric acid does. Give one reason.

Que 36. Why should curd and sour substances not be kept in brass and copper vessels?

Que 37. Which gas is usually liberated when an acid reacts with a metal? Illustrate with an example. How will you test for the presence of this gas?

Que 38. Metal compound A reacts with dilute hydrochloric acid to produce effervescence. The gas evolved extinguishes a burning candle. Write a balanced chemical equation for the reaction if one of the compounds formed is calcium chloride.

Que 39. How is the concentration of hydroxide ions (OH−) affected when excess base is dissolved in a solution of sodium hydroxide?

Que 40. Under what soil condition do you think a farmer would treat the soil of his fields with quick lime (calcium oxide) or slaked lime (calcium hydroxide) or chalk (calcium carbonate)?