By Dr. Vikas JasrotiaSeptember 22, 2022No Comments 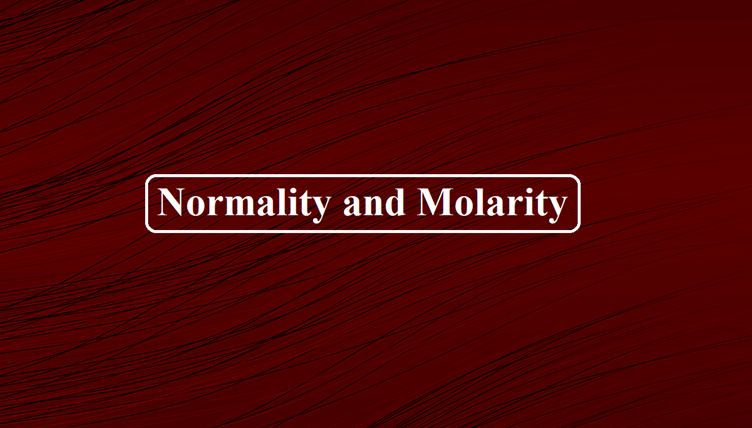 NORMALITY: Normality is one way to express the concentration of the solution
It is the number of gram equivalents of a solute present in one litre of solution.

On dilution of the solution, the number of equivalents of the solute is conserved, and thus, we can apply the formula: N1V1 = N2V2

Relation between Normality and Molarity: