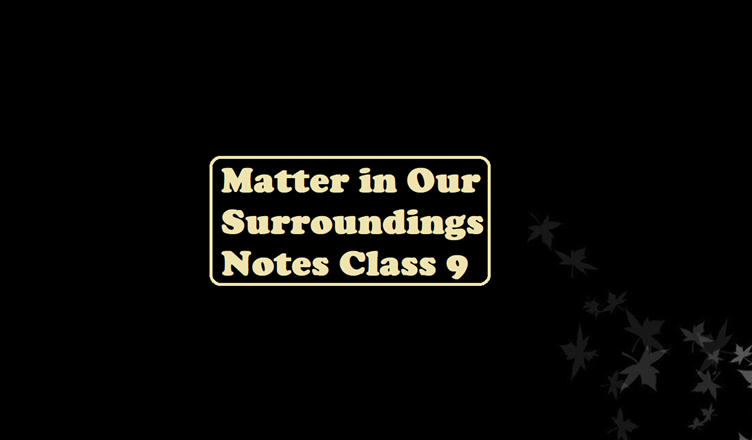 INTRODUCTION:
◊ Everything in this universe is made of materials that scientists named‘ matter’.
◊ A pencil, a pen, a book, the food we eat, the clothes we wear, the walls of our houses, doors– everything around is made up of matter. But the only important question is What is the matter?
◊ Matter is anything that occupies space and has mass.
◊ “Matter is used to cover all the substances and the materials from which the universe is made.

PARTICLES OF MATTER HAVE SPACE BETWEEN THEM
◊ The matter is made up of small particles.
◊ These particles have small spaces between them.
◊ These spaces are invisible to the naked eye.
◊ But particles of other matter can get between these spaces without an increase in volume. 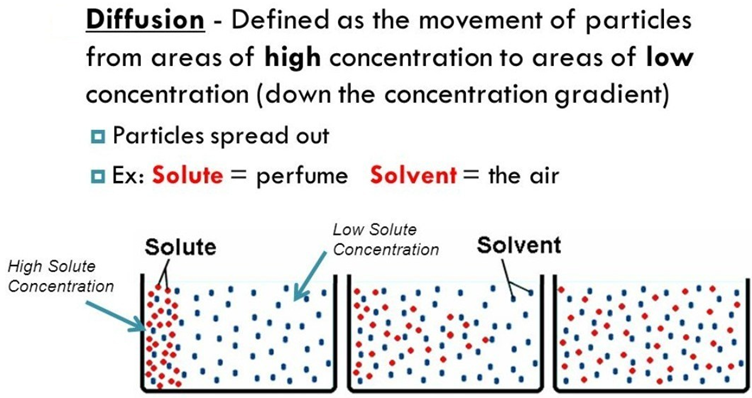 ⇒ Diffusion in gases
Diffusion in gases is very fast. This is because the particles in gases move very quickly in all directions.
Example. When we light an incense stick (agarbatti) in a corner of our room, its fragrance spreads in the whole room very quickly. The fragrance of burning incense sticks spreads all around due to the diffusion of its smoke into the air.
Example. When someone opens a bottle of perfume in one corner of a room, its smell spreads in the whole room quickly. The smell of perfume spreads due to the diffusion of perfume vapours into the air.

RIGID AND FLUID:
♦Rigid means ‘unbending’ or ‘inflexible’. A stone is rigid because it is unbending or inflexible. Fluid means ‘a material which can flow easily and requires a vessel (or container) to keep it.
♦ A solid is a rigid form of matter. Due to their rigidity, solids have a tendency to maintain their shape when subjected to outside force. Thus, the main identifying characteristic of solids is their rigidity. Solids do not require a container to keep them. A brick and a log of wood are two common solids.
♦A liquid is a fluid form of matter which occupies the lower part of the container. Being fluids, liquids require a container to keep them. A liquid has a well-defined surface, so a liquid can be kept in an open container. The liquid will not escape from the open container by itself. Water and milk are two common liquids around us.
♦ A gas is a fluid form of matter which fills the whole container in which it is kept. Being fluids, gases also require a container to keep them. A gas does not have a free surface, so gas has to be kept in a closed container. Gas will escape if kept in an open container. This is why gases are usually kept in air-tight gas cylinders. For example, cooking gas (LPG) is kept in air-tight metal cylinders. From this discussion, we conclude that both, liquids and gases are known as fluids. The characteristic of liquids and gases ‘flowing’ easily is called ‘fluidity’. Due to fluidity, liquids and gases change their shapes readily when subjected to outside force. CHANGE OF STATE OF MATTER DUE TO EFFECT OF TEMPERATURE:
We are already aware of the fact that the kinetic energy of the particles of matter increases with the increase in temperature. Due to this increase in kinetic energy, the particles start to vibrate with greater speed. The energy provided by the application of heat breaks the force of attraction between the particles and as a result, the particles leave their respective position and start moving freely.
A phase is reached where at a certain temperature solid gets converted to liquid. This temperature at which solid melts and converts into liquid at atmospheric pressure are termed as the melting point.

Particles of water possess greater kinetic energy at 0oC. With the application of more heat, the particles of water start moving faster. At a specific temperature, the particles acquire enough energy to break free from the forces of attraction to each other. At this temperature, the liquid starts changing into gas. This temperature at which a liquid starts boiling and starts converting to gas at the atmospheric pressure is called the boiling point. EFFECT OF CHANGE IN PRESSURE ON THE STATE OF MATTER:
♦ Matter consists of small particles separated by small distances.
♦ In the solid state, the inter-particle distances are very small.
♦ In the liquid state, the inter particle’s distances are a little more than in solids.
♦ In the gaseous state, the interparticle distances are the largest when compared to liquids or solids.
♦ It can thus be seen that when pressure is exerted on the matter, the effect of the pressure on solids will be negligible as the particles are very close together.
♦ The effect of pressure in liquids will be small.
♦ The effect of pressure on gases will be the largest as the inter-particle distances are large.
♦ Thus, whenever pressure is exerted on gases, the particles move closer together.
♦ As the particles move closer together, the attractive forces between the particles increase.
♦ This increase in attractive forces helps in the change of state of the gas. If the pressure exerted is sufficiently large the attractive forces increase to such an extent that the physical state changes from gaseous to liquid.
♦ The reverse can be expected to happen if the pressure on a gas is decreased.

Sublimation:
Definition: The changing of a solid directly into vapours on heating, and of vapours into solid on cooling, is known as sublimation.
♦ Sublimation can be represented as: 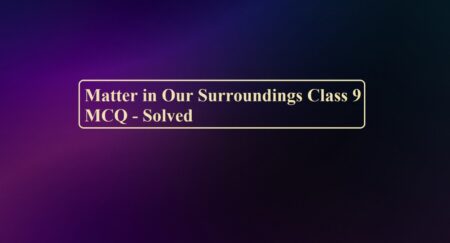