By Dr. Vikas JasrotiaJanuary 4, 2022No Comments 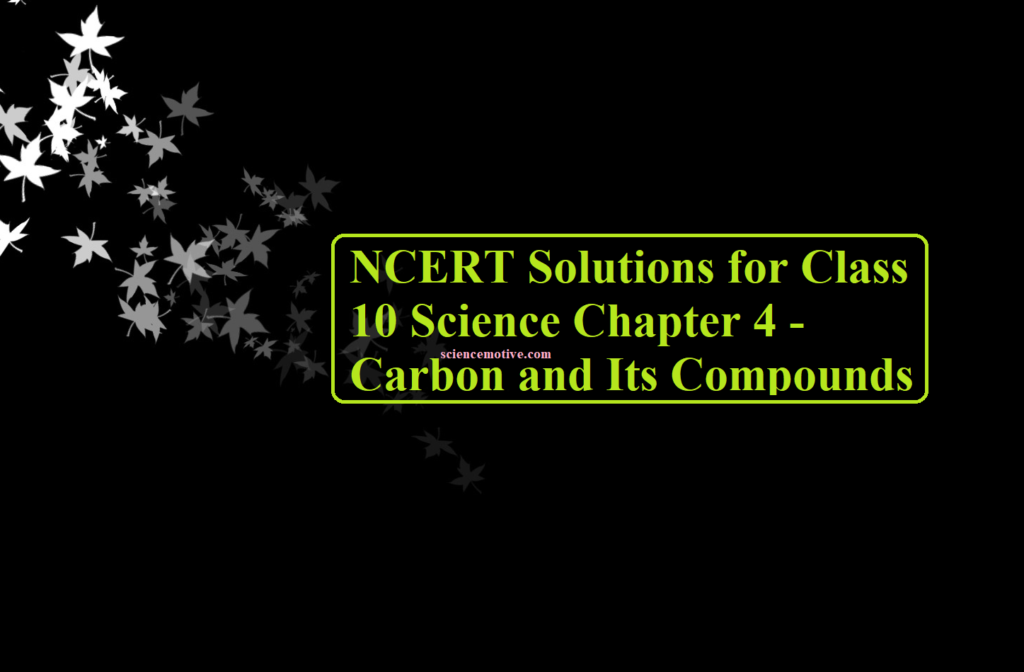 Que 2. What would be the electron dot structure of a molecule of Sulphur which is made up of eight atoms of Sulphur?
Ans 2. In order to stabilise each sulphur atom shares 1 electron each with 2 adjoining sulphur atoms which result in a ring or crown structure.
Sulphur:
Atomic Number – 16, Electronic Configuration – 2,8, 6, Number of valence electrons – 6
Since it has 6 valence electrons it shares 2 electrons to satisfy its octet rule. Que 6. Draw the structures for the following compounds.
(i) Ethanoic acid
(ii) Bromopentane
(iii) Butanone
(iv) Hexanal
Ans 6. The structures of the above compounds are Que 8. Why is the conversion of ethanol to ethanoic acid an oxidation reaction?
Ans 8. CH3 – CH2OH ——-(Alkaline KMnO4)-→ CH3COOH
Oxidation is the gain of oxygen or loss of hydrogen. In the presence of oxidising agents like alkaline potassium permanganate or acidified potassium dichromate, ethanol (C2H5OH) gains an oxygen atom as well as loses 2 hydrogen atoms and gets converted into ethanoic acid (CH3 COOH). This shows it is an oxidation reaction.

Que 11. What are oxidising agents?
Ans 11. Oxidising agents are those compounds that either remove Hydrogen or add oxygen to a compound. Ex: halogens, potassium nitrate, and nitric acid.

Que 13. People use a variety of methods to wash clothes. Usually after adding the soap, they ‘beat’ the clothes on a stone, or beat it with a paddle, scrub with a brush or the mixture is agitated in a washing machine. Why is agitation necessary to get clean clothes?
Ans 13. A soap molecule has two parts namely a hydrophobic hydrocarbon chain and a hydrophilic ionic head, COO–Na+. When the soap is added to dirty clothes, which contains grease and oily substances, the greasy and oily dirt particles attach themselves to the hydrocarbon part and the ionic part remains attached to the water forming clusters of molecules. In these clusters, the hydrophobic tails are in the interior of the cluster and the ionic ends are on the surface of the cluster. This formation is called a micelle. When the dirty clothes are agitated in soap or detergent solution, the dirt particles attached to the hydrocarbon part get washed away in the water and the clothes get cleaned.