Reactivity Series of Metals – Reaction with Water and Air

By Dr. Vikas JasrotiaSeptember 19, 2021No Comments 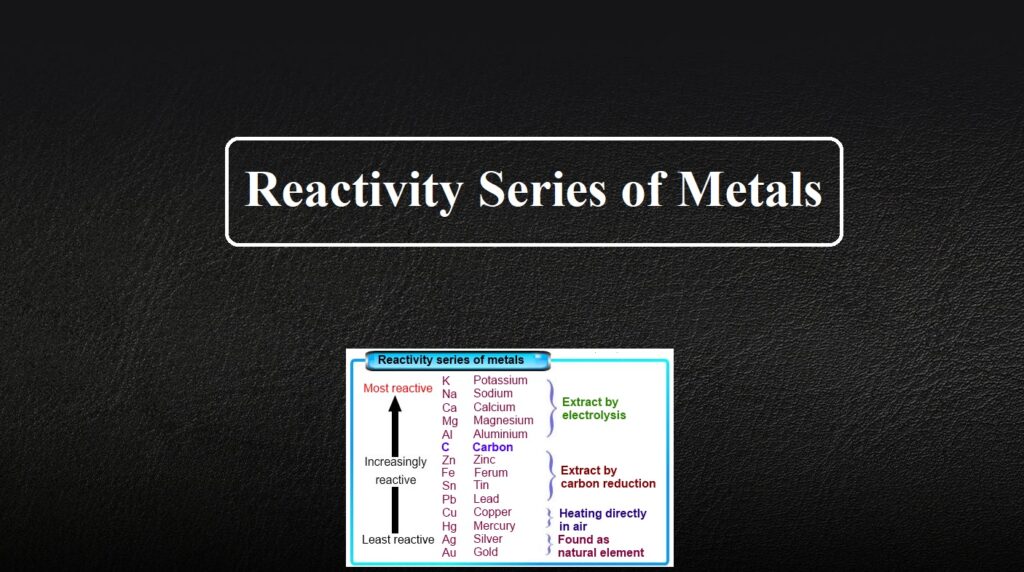 The metal reactivity series is a very important concept in chemistry, placing the metals, in order of reactivity from most reactive to least reactive. It’s also a useful method in predicting the products of simple displacement reactions involving two different metals, as well as it also provides an insight into why different metals are extracted from their ores in different manners.

When metals react with other substances, the metal atoms always form positive ions. The easier it is for metal to form its positive ion, the more reactive the metal is. Metals can be arranged in order of their reactivity. Very unreactive metals, such as gold and platinum, are found in the Earth’s crust as pure metals. These are called native metals.

In this section, we will discuss common metals in order of reactivity, as well as showing their reactions with air, water and steam.

(i) The metals at the top of the reactivity series are powerful reducing agent since they are easily oxidized. These metals tarnish/corrode very easily.

(ii) The reducing ability of the metals grows weaker while traversing down the series.

(iii) The electro positivity of the elements also reduces while moving down the reactivity series of metals.

(iv) All metals that are found above hydrogen in the activity series liberate H2 gas upon reacting with dilute HCl or dilute H2SO4.

(vi) Higher ranking metals require greater amounts of energy for their isolation from ores and other compounds.