By Dr. Vikas JasrotiaSeptember 19, 2021No Comments 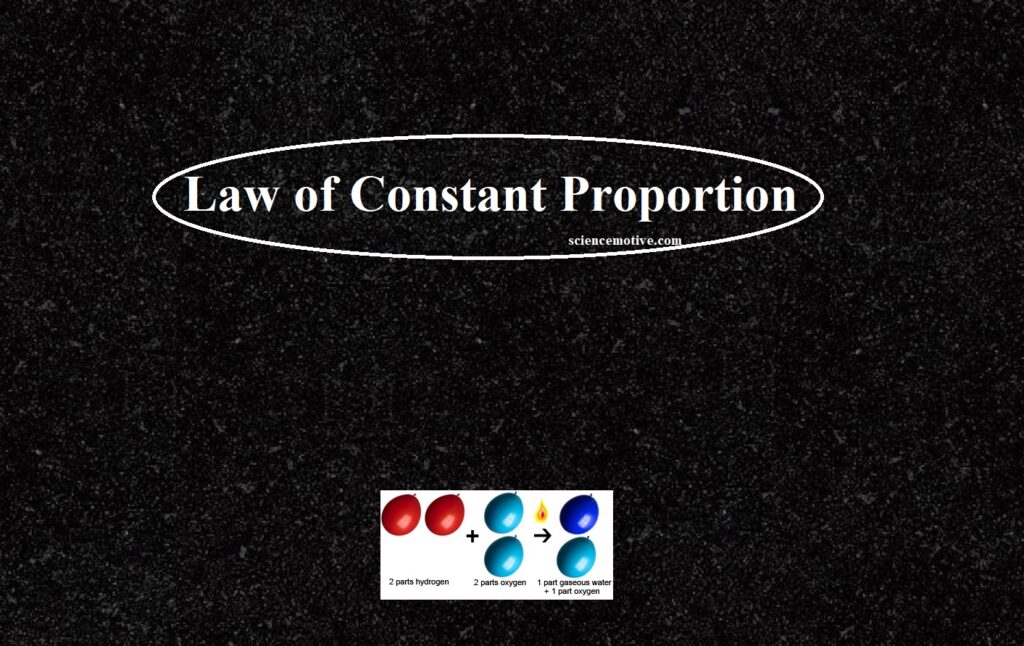 The combination of elements to form compounds is governed by the following five basic laws:
Law of Conservation of Mass
Law of Constant Proportion
Law of Multiple Proportions
Gay Lussac’s Law of Gaseous Volumes
Avogadro’s Law

In Chemistry, the Law of Definite Proportion is sometimes called Proust’s law or the law of constant composition. According to this law, a chemical compound always contains the same elements combine together in a fixed ratio by mass. This implies that any pure sample of a compound, no matter the source, will always consist of the same elements that are present in the same ratio by mass.
For example, pure water obtained from different sources such as a river, a well, a spring, the sea, etc., always contains hydrogen and oxygen together in the ratio of 1:8 by mass. Similarly, carbon dioxide (CO2) can be obtained by different methods such as,
* Burning of carbon of fuel
* Respiration
* Heating of limestone
* Applying dilute HCl to marble pieces
Each sample of CO2 contains carbon and oxygen in a 3:8 ratio. The law of constant proportion is not valid in all cases. Elements with a stable isotope mixture often form a non-stoichiometric product. The role of certain elements in the crystal structure is replaced by their isotopes which induces the crystal’s internal composition to vary.
Significance of the law of constant proportions:
it was of great use in the late 18th century when chemical compounds did not have any proper definition. The law of definite proportions also contributed to the development of Dalton’s atomic theory.