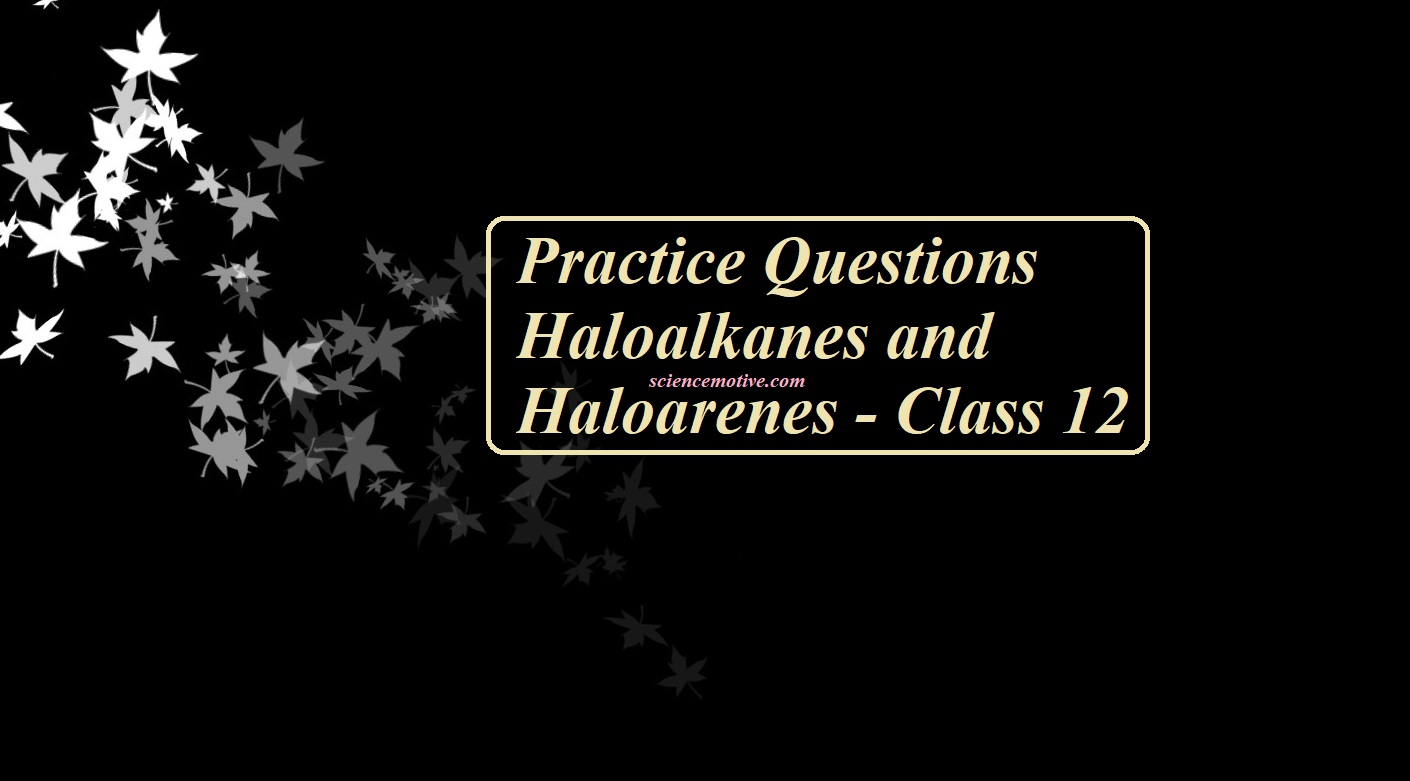 1. What happens when n-propyl bromide is treated with alcoholic KOH?

2. How will you distinguish between ethyl chloride and vinyl chloride?

3. What happens when chloroform is exposed to light and air?

4. What happens when chloride is passed through boiling toluene in the presence of sunlight?

5. How will you bring about the conversion: methyl bromide to methyl iodide?

6. Write the structure and name of the compounds formed when compound ‘A’ with molecular formula is treated within the presence of FeCl3

7. Write the chemical in which the iodide ion replaces the diazonium group in a diazonium salt.

9. (i) Arrange alkyl halides, alkane, and water in the decreasing order of density.

(ii) Arrange chloromethane and water in the decreasing order of density.

10. Aryl chlorides and bromides can be easily prepared by electrophilic substitution of arenes with chloride and bromide respectively in the presence of Lewis acid catalysts but why does the preparation of iodides require the presence of an oxidizing agent.

12. Why is the necessary to avoid even traces of moisture during the use of a Grignard reaction?

13. Point out the difference between

(i) Chirality and chiral Centre

14. Complete the following reaction by identifying (A) and (B).

(i) Phenol reacts with methyl iodide in an alkaline medium?

16. When t-butyl alcohol is treated with an equimolar mixture of HBr and HCl, a mixture of t-butyl bromide and t-butyl chloride is formed in which the former predominates. Explain.

17. Why is sulphuric acid not used during the reaction of alcohols with KI?

18. Do the following conservation

(i) Methyl bromide to acetone

19. The treatment of alkyl chlorides with aqueous KOH leads to the formation of alcohols but in the presence of alcoholic KOH, alkanes are a major product explains.

20. Explain the following with the help of suitable examples giving all the steps involved in the reaction. (i) Carbylamine reaction (ii) Hunsdiecker reaction.

21. Which one in the following pairs of substances undergoes SN2 substitution reaction faster and why?

23. Predict the compounds (A) to (H) in the following sequence of reactions:

24. A compound (A) with molecular formula C4H10O on oxidation forms compound (B). The compound (B) gives a positive iodoform test. Compound (B) on reaction with CH3MgBr followed by hydrolysis gives (C). Identify (A) to (C) and give the sequence of reactions.

25. Although chlorine is an electron-withdrawing group yet it is ortho-para-directing in electrophilic aromatic substitution reactions of chlorobenzene. Explain.