By Dr. Vikas JasrotiaSeptember 17, 2021No Comments 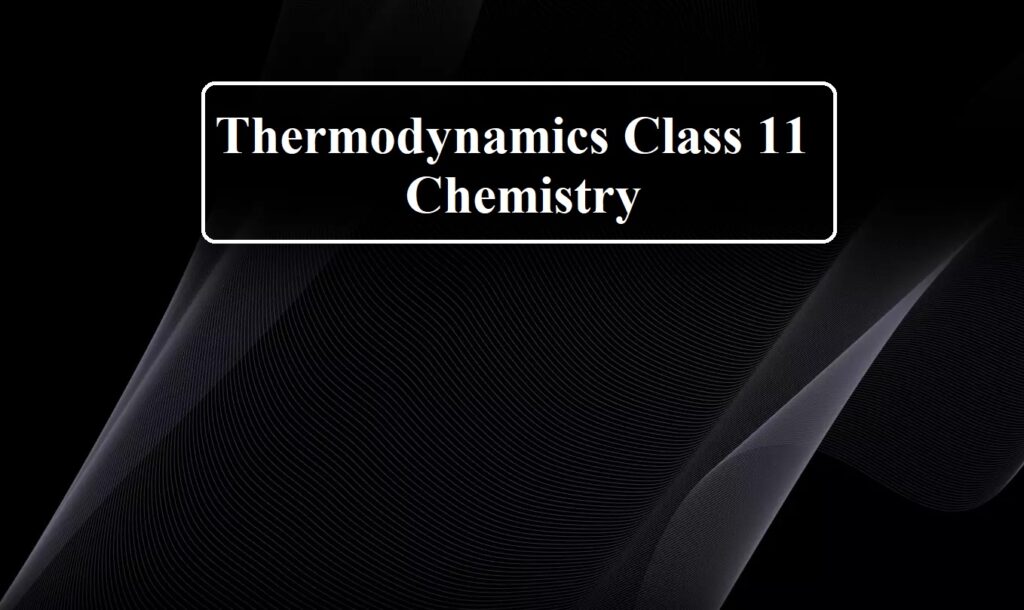 Thermodynamics (Greek word thermo means heat and dynamics means motion) is the branch of science which deals with the study of different forms of energy and the quantitative relationships between them. The study of thermodynamics is purely based upon three generalizations these are first, the second, and third law of thermodynamics.

1. Types of the system: Depending on the ability to exchange energy and matter with the surroundings, systems are classified into three types:
(i) Open system: This type of system can exchange matter as well as energy with its surroundings. The boundary is neither sealed nor insulated. Sodium reacting with water in an open beaker is an example of an open system. (ii) Closed system: This type of system can exchange energy in the form of heat, work or radiations but not matter with its surroundings. The boundary between the system and surroundings is sealed but not insulated. For example, liquid in contact with vapour in a sealed tube and pressure cooker. (iii) Isolated system: This type of system has no interaction with its surroundings. The boundary is sealed and insulated. Neither matter nor energy can be exchanged with surroundings. A substance contained in an ideal thermos flask is an example of an isolated system.

The macroscopic properties can be subdivided into two types:
(i) Intensive Properties: The properties which do not depend upon the quantity of matter present in the system or size of the system are called intensive properties. For example Temperature (T), Pressure (P), Volume (V), density, refractive index, molar heat capacity, viscosity, surface tension etc.
(ii) Extensive Properties: These are properties that depend on the amount of matter present in the system. Or, these are the properties that change when a system is divided. E.g.: Volume (v), length (l), breadth (b), height (h), internal energy (U), enthalpy (H), entropy (S), Gibb’s energy (G), heat capacity etc. State Function and Path Function:
Macroscopic properties which determine the state of a system are referred to as state variables or state functions or thermodynamic parameters.
Such thermodynamic functions which depend only on the initial and final states of the system and not on the path followed are called State Functions. For example, Temperature, Pressure, volume, Internal Energy, Enthalpy, Gibb’s energy etc. The properties that depend on the path followed called Path Function. For example, Heat, Work etc.