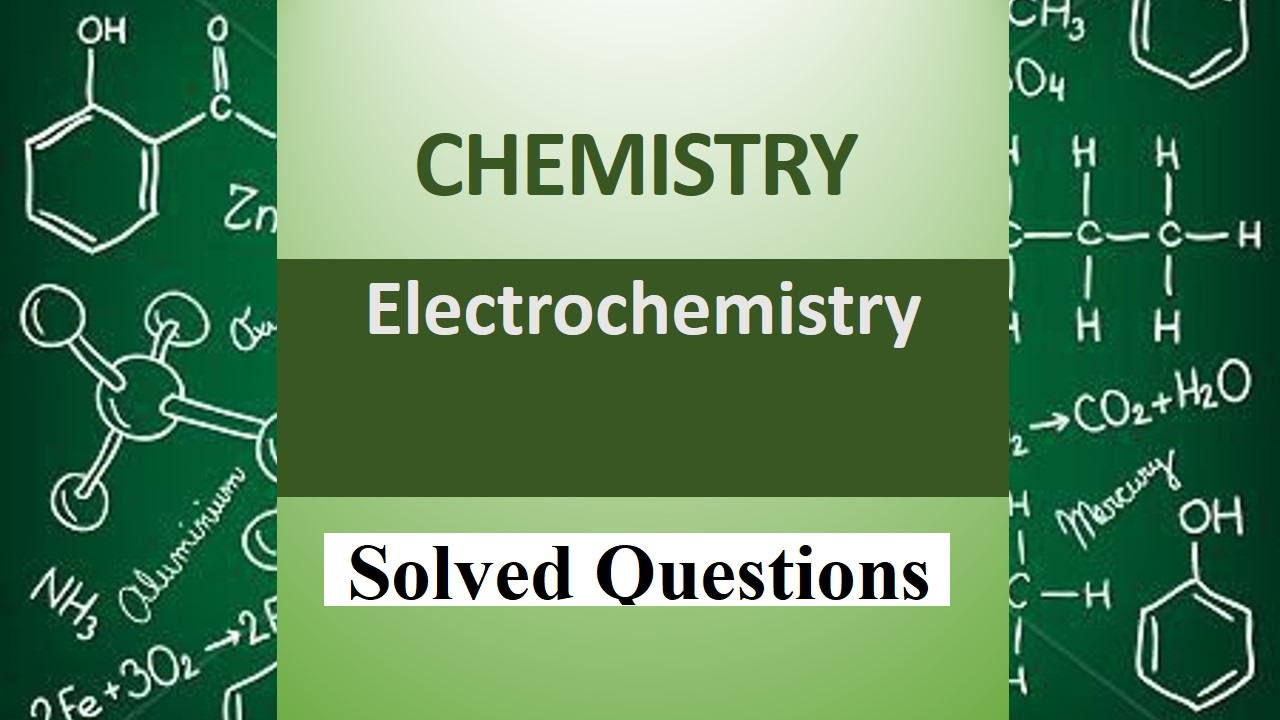 Que 1. How much electricity in terms of Faraday is required to produce 100g of Ca from molten CaCl2?

Que 2. Name the solid substance produced, during the discharge of lead- storage battery.

Que 3. If 0.5 ampere current flows through a wire for 2 hours. Calculate the number of electrons through the wire.

Que 4. Write the importance of salt bridge in a Galvanic cell?

Ans 4. i). It completes the cell circuit by connecting the solutions of two half cells.

ii). it maintains the electrical neutrality of the two solutions in the two half cells.

Que 5. What is a fuel cell?  Write two chemicals that can be used as fuel.

Ans 5. The cell that converts the combustion energy of fuel into electricity. Methane and hydrogen can be used as fuel.

Que 7. Represent the galvanic cell in which the following reactions take place

(i) Which one of the electrodes is negatively charged?

(ii) Write the reaction taking place at each of the electrodes.

(iii) Name the carrier of current within the cell.

iii) Ions are the carrier of current within the cell.

Que 8. State Faraday’s laws. How much charge is required for the reduction of 1 mole of Cu2+ to Cu?

Charge required for the reduction of 1 mole Cu2+ = 2F

Ans 9. Zncl2 combines with NH3 to forms a complex salt otherwise due to the pressure of NH3 cell may crack.

Que 13. Why does a Galvanic cell become dead after some time?

Ans. 13. As the reaction in the cell precedes the concentration of ions in one half cell increases while in another half-cell decreases hence electrode potential also changes. When concentration becomes equal the E.M.F becomes zero.

Que 14. The following is a plot of molar conductivity of electrolytes A and B against the square root of concentration 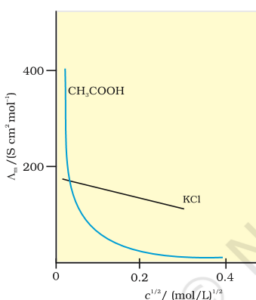 (iii) What does m represent? Give one method for determining m of the electrolyte (B)

ii). A straight and B curved

iii). To determine the value of limiting molar conductivity for electrolyte B, an indirect method based upon Kohlrausch law of independent migration of ions is used.

(i) Alkaline medium inhibits the rusting.

(ii) Iron does not rust even if zinc coating is broken down at any point in a galvanized pipe.

Ans 19. i) This is due to the alkalinity prevent the availability of H+ ions.

Ans 20. i) Molar conductivity – It is defined as the conductance of the solution which contains one mole of an electrolyte such that the entire solution is in between two electrodes kept one centimeter apart sharing a unit area of cross-section.