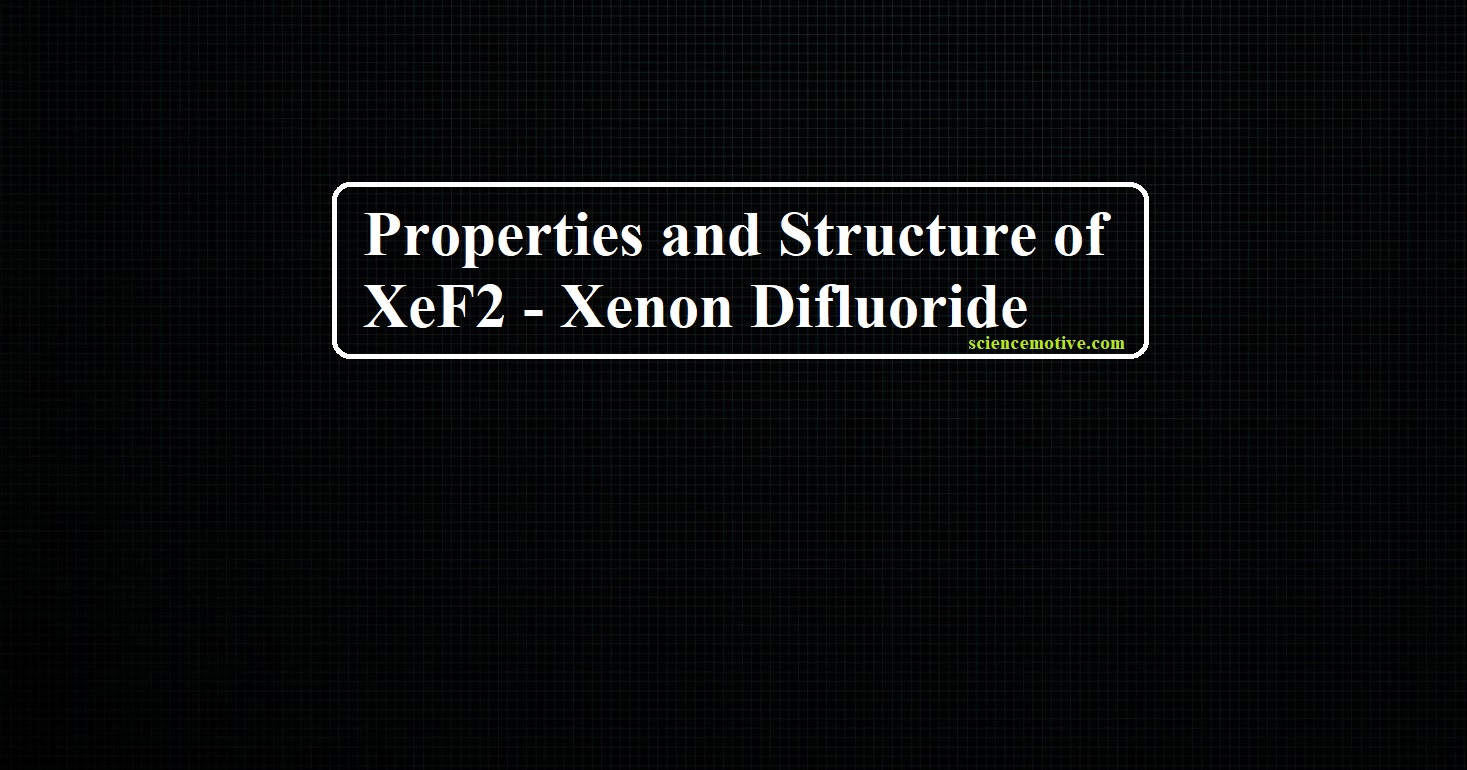 Xenon difluoride is a compound with the formula XeF2. This compound is the most stable compound of Xenon. It is a powerful fluorinating as well as an oxidizing agent. It is also a moisture-sensitive fluoride and reacts to form hydrofluoric acid. It decomposes both in water vapour and light.
The oxidation state of xenon in Xenon Difluoride is +2. Apart from XeF2, there are other Xenon compounds such as XeF4 (Xenon Tetrafluoride) and XeF6 (Xenon Hexafluoride).

Properties of Xenon Difluoride:
1. It is a white crystalline solid.
2. It has a typical nauseating odor.
3. It is soluble in solvents such as IF5, BrF5, BrF3, and insoluble in water.
4. It is used for fluorinating purposes in electrochemical procedures and in laboratories.
5. It has a density of 4.32 g/cm3, boiling point of 155 0C, melting point of 128.6 0C, and has a molecular weight of 169.29 g/mol.

Structure of XeF2:
Generally, the Lewis structure is helpful to understand the molecular geometry of any given chemical compound. But as Xenon does not form bonds easily, this compound is an exceptional case. The molecular geometry of Xenon Difluoride can be understood by knowing the VSEPR theory. This theory is based on the steric number of the central atom and the valence electrons of the compound.
XeF2​ has a linear structure with sp3d hybridization of central Xe atom and 3 lone pairs of electrons and two bond pairs of electrons. The lone pairs are on the equatorial position to the bonded pairs. The bond angle between the two pairs bonded with the central atom is 180 degrees, which makes the molecular geometry of XeF2 linear. 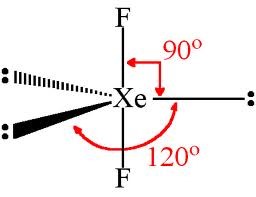 Applications of XeF2:
1. It is used as a strong fluorinating agent.
2. It works as an oxidizing agent as well.
3. It is used as an isotropic gaseous etchant for silicon particularly in producing microelectromechanical systems.
4. It is used to analyze sulphur, selenium, and tellurium in the number of compounds.