By Dr. Vikas JasrotiaOctober 12, 2020No Comments 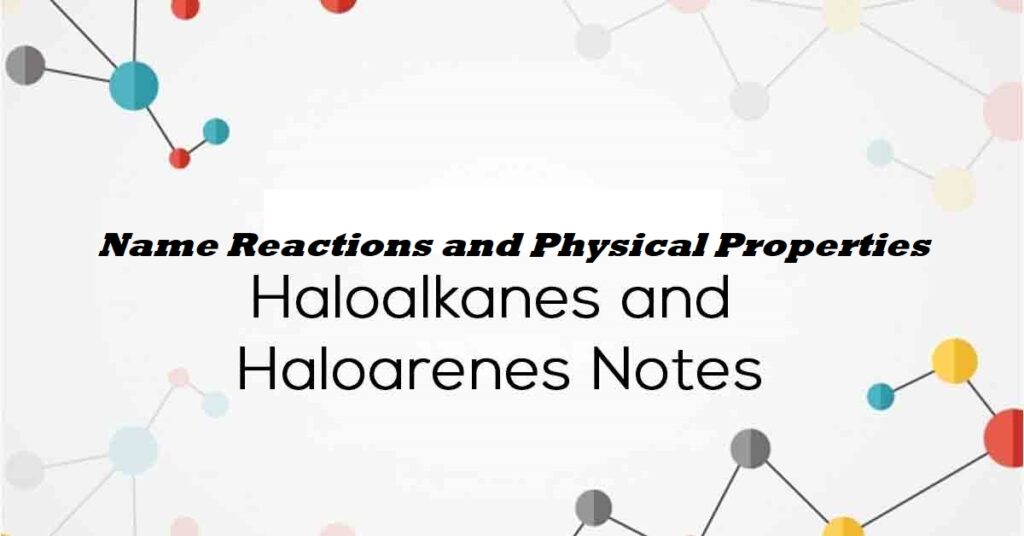 * Iodides cannot be prepared by this method since iodine forms an ester instead of alkyl halide.

(d). Simonini Reaction: The Simonini reaction is the synthesis of the aliphatic ester from two equivalents of silver carboxylate and one equivalent of iodine. This reaction is a further extension of the Hunsdiecker reaction. This reaction is considered a useful method for the preparation of esters.
RCOOAg + I2 → RCOOR + AgI + CO2

Physical Properties:
(a) Boiling point:
In haloalkanes, the C-X bond is polar due to the greater electronegativity of the halogen atom. Due to greater polarity and higher molar mass, the intermolecular forces of attraction (dipole-dipole and van der Waals forces) are strong and so they have higher melting and boiling points than hydrocarbons of comparable molar mass. For the same alkyl group, the boiling points of alkyl halides decrease in the order: RI> RBr> RCl> RF. This is because, with the increase in size and mass of the halogen atom, the magnitude of van der Waal forces increases.
Increase with an increase in mass and size of halogen
CH3F < CH3CI < CH3Br < CH3I
bp(K):   195         249          277         315

Solubility: Although haloalkanes and haloarenes are polar yet they are insoluble in water. Less energy is released when new attractions are set up between the haloalkane/haloarene and water molecules because they are not as strong as hydrogen bonding between water molecules.

Density: Densities increase as we go from fluoro to iodo compounds. Fluoroalkanes and chloroalkanes are usually lighter than water but Bromo, iodo, and poly – chloro compounds are denser than water.