By Dr. Vikas JasrotiaJanuary 19, 2022No Comments 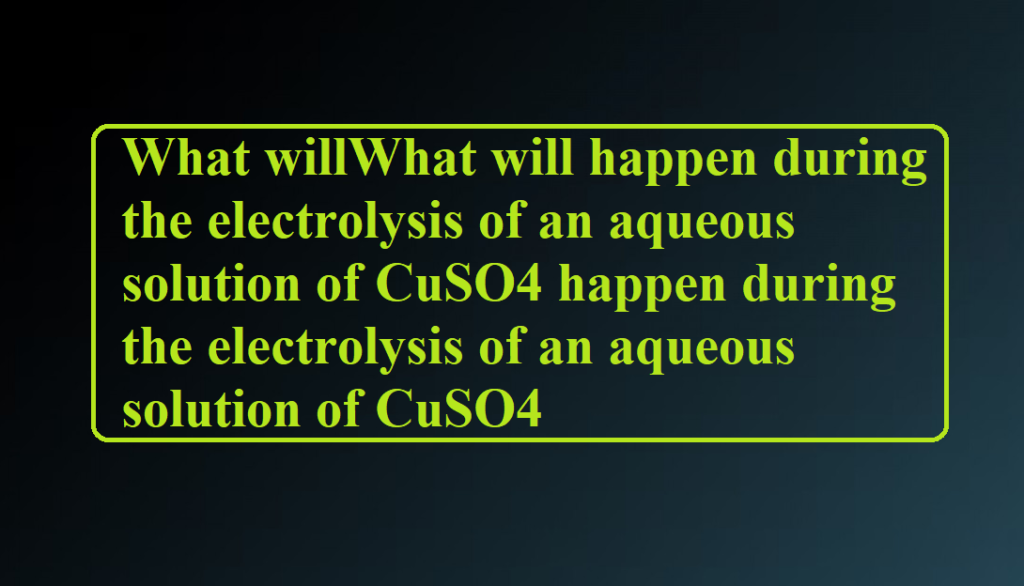 Electrolysis of an Aqueous Solution of CuSO4

Que. What will happen during the electrolysis of an aqueous solution of CuSO4 in the presence of Cu electrodes?
(A) Copper will deposit at cathode
(B) Copper will dissolve at the anode
(C) Oxygen will be released at the anode
(D) Copper will deposit at the anode
Ans. Option (A) and (B) is correct.
Explanation: Electrolysis of CuSO4 can be represented by two half-cell reactions these occurring at cathode and anode, respectively, as given below
At cathode: Cu2+ + 2e– → Cu(s)
At anode: Cu(s) → Cu2+ + 2e–
On dissolution of CuSO4 in water will dissociate as Cu+2, SO42–, H+, OH–.
At the anode, SO42– and OH– are stable to exist on their own, so these do not oxidize. Thus, Cu on anode oxidizes to form a Cu+2 ion and dissolve anode gradually.
At the cathode, the Cu+2 ion is reduced rather than H+ because of the higher potential of copper. Thus, in the above reaction Cu will deposit at the cathode while copper will dissolve at the anode. Hence, (A) and (B) are the correct options.