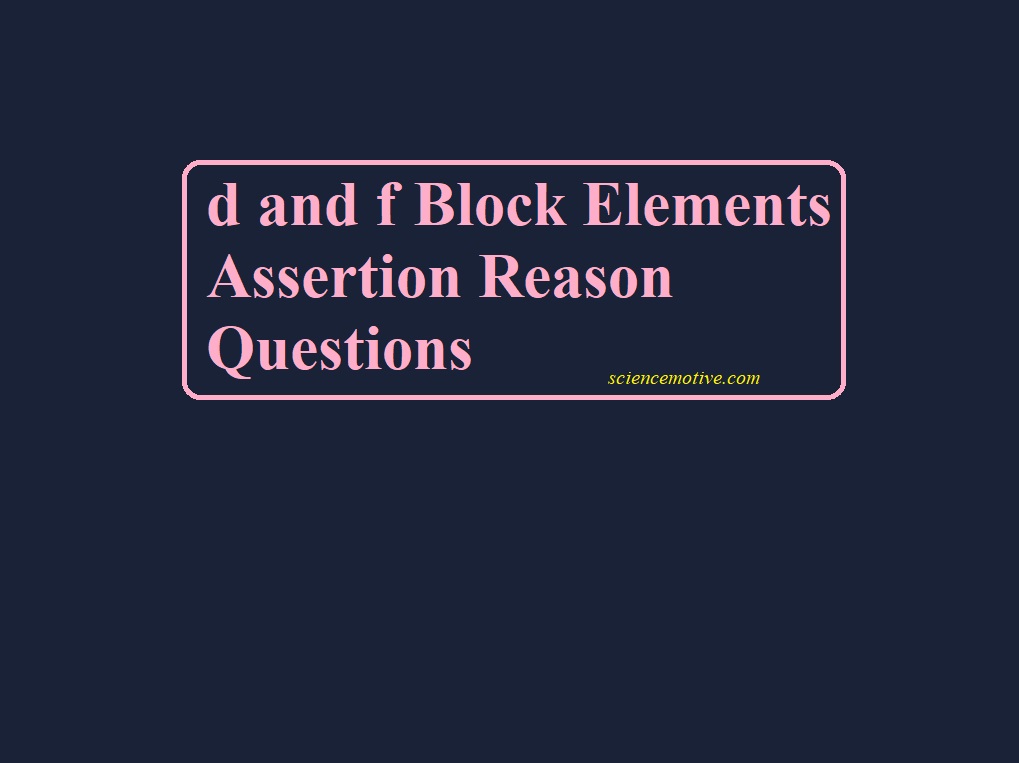 Q 4. Assertion: Ce4+ is used as an oxidizing agent in volumetric analysis.
Reason: Ce4+ has the tendency of attaining a +3 oxidation state.

Q 5. Assertion: In transition elements ns orbital is filled up first and (n -1)d afterward, during ionization ns electrons are lost prior to (n-1) electrons.
Reason: The effective nuclear charge felt by (n-1)d electrons is higher as compared to that by ns electrons.

Q 6. Assertion: Amongst Cu2+ and Cu+ ions, the more stable ions are Cu2+.
Reason: For the determination of stability of an ion its electrode potential is a more important factor than its electronic configuration.

Q 7. Assertion: Zn, Cd, and Hg cannot be regarded as transition elements
Reason: These elements do not belong to the d-block of the periodic table.

Q 8. Assertion: The most common oxidation state exhibited by actinoids is +2.
Reason: All actinoids possess two electrons in 7s subshell.

Q 10. Assertion: Zn2+ is diamagnetic
Reason: The electrons are lost from 4s orbital to form Zn2+

Q 13. Assertion: Promethium is a man-made element.
Reason: It is radioactive and has been prepared by artificial means.