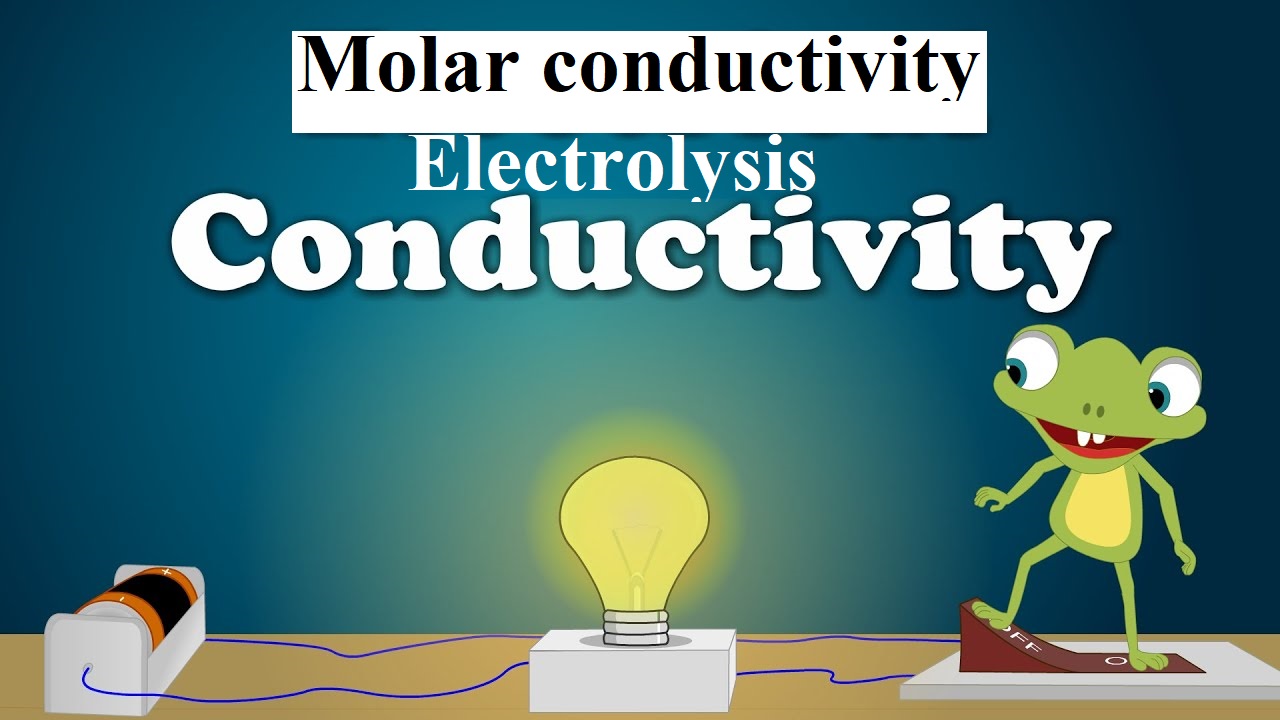 Resistivity (ρ): It defined as the resistance offered by a conductor having unit length and unit area of cross-section.

Measurement of the conductivity of ionic solutions:
We know that conductivity G = ƙ × A/ Ɩ
So conductivity, ƙ = G × Ɩ/A
The quantity Ɩ/A is called cell constant (G*). It depends on the distance between the electrodes and their area of cross-section. Its unit is m-1.
i.e. Conductivity = Conductance × Cell Constant

The variation of λm for strong and weak electrolytes is shown in the following graphs: 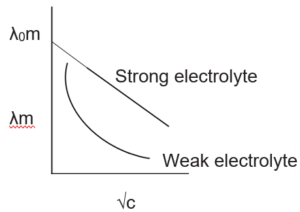 For strong electrolytes, the value of λ0m can be determined by the extrapolation of the graph. But for weak electrolytes, it is not possible since the graph is not a straight line. So their λ0m values are calculated by applying Kohlrausch’s law of independent migration of ions.

By using α, we can calculate the dissociation constant of acid as:

Electrolytic Cells and Electrolysis: In an electrolytic cell, the electrical energy is converted to chemical energy. The dissociation of an electrolyte by the passage of electricity is called electrolysis. For e.g.
When CuSO4 solution is electrolyzed by Cu electrodes, Cu is deposited at the cathode and Cu2+ ions are liberated from the anode.

Quantitative Aspects of electrolysis – Faraday’s laws
(1) Faraday’s first law:
The amount of substance(m) deposited at the electrode during electrolysis is directly proportional to the quantity of electricity(q) passed through the electrolyte.
m α Q
OR
m = ZQ
Where Z is a constant called electrochemical equivalent. Z = equivalent weight/96500
But the quantity of electricity is the product of current in ampere (I) and time in second (t).
i.e. Q = It
Therefore, m= Zit