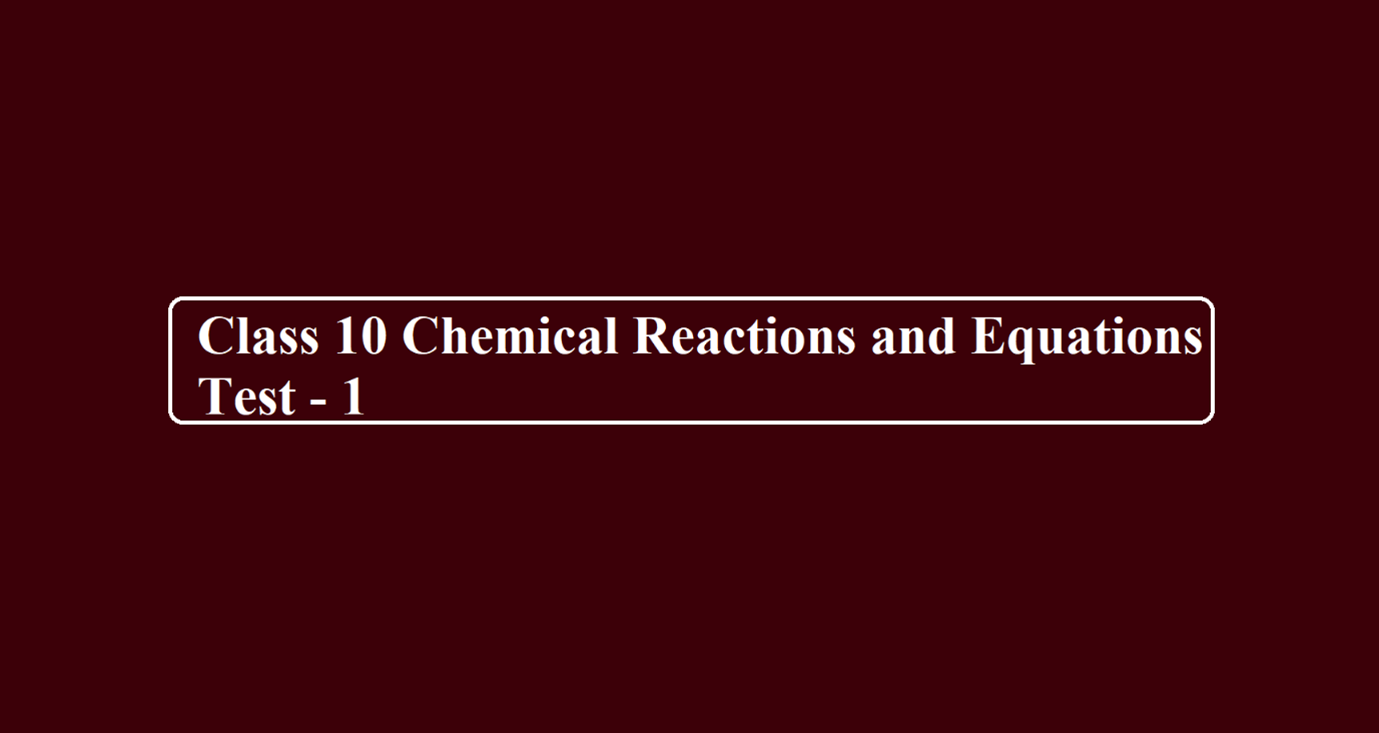 Que 1. Write a balanced chemical equation for the following (using different steps)
(i) Iron reacts with water (steam) to form the ferric oxide and liberate hydrogen gas.
(ii) When potassium chlorate (KClO3) is heated in the presence of a manganese dioxide catalyst, it decomposes to form potassium chloride and oxygen gas.

Que 3. When an electric current is passed through acidified water, it decomposes to give hydrogen gas and oxygen gas. Represent the reaction involved and the type of reaction.

Que 5. What happens when barium chloride solution is added to sodium sulphate solution. Write chemical reactions and the state of the product formed.

Que 6. When hydrogen sulphide reacts with chlorine, then sulphur and hydrogen chloride is formed. Write the chemical reaction involved and identify the species reduced and oxidized.

Que 7. What is the effect of moisture on iron?

Que 9. When a copper strip is placed in a solution of silver nitrate, copper nitrate and silver are formed. Name the reaction.

Que 10. When magnesium burns in Cl2, it forms magnesium chloride. Which element is reduced?

Que 13. In the reaction PbO + C ® Pb + CO
(A) PbO is oxidised
(B) C acts as an oxidising agent
(C) C acts as a reducing agent.
(D) This reaction does not represent a redox reaction.

Que 14. Ferric oxide reacts with aluminium metal upon heating to form aluminium oxide
and iron. In this reaction, Fe2O3 acts
(A) Reducing agent
(B) Oxidizing agent
(C) Both oxidizing and reducing agent
(D) Above reaction is not a redox reaction

Que 16. Generally, packing of fat and oil contain food is done by adding N2 gas to it.
It is because ___
(A) Nitrogen is too reactive
(B) Nitrogen is unreactive gas and there is no oxygen in the air to cause its oxidation
(C) Nitrogen has very good taste
(D) Nitrogen has a very good odour

Que 18. When iron nails are put in a solution of CuSO4,
(A) Copper metal is displaced
(B) The blue colour turns light green
(C) The copper metal is deposited on the iron ails
(D)  All the above

Que 22. A reducing agent is a substance which can?
(A) Donate proton
(B) Accept electron
(C) donate electron
(D) accept proton