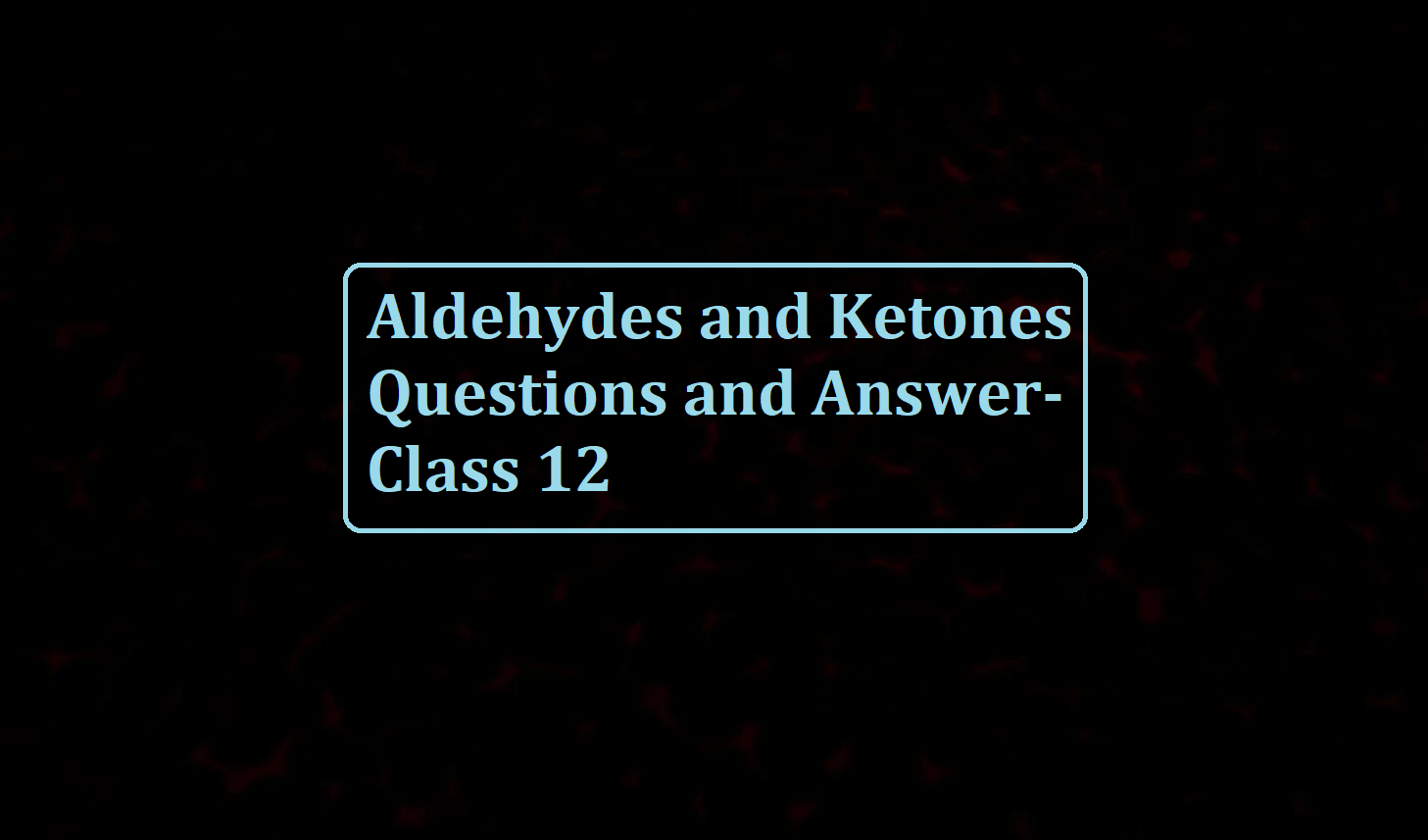 Que 2. How are formalin and trioxane related to methanal?
Ans 2. Formalin is a 40% aqueous solution of HCHO and trioxane is a trimer of HCHO.

Que 4. Although aldehydes are easily oxidizable yet propanal can conveniently be prepared by oxidation of propanol by acidic K2Cr2O7.
Ans 4. The aldehydes can be conveniently oxidized to their respective acids only if they are not removed from the reaction mixture during preparation. As the b.p. of propanal is low (323 K) it is conveniently distilled out during the reaction. This avoids further oxidation.

Que 5. How can we distinguish formic acid and acetic acid chemically?
Ans 5. Formic acid gives silver mirror with Tollen’s reagent while acetic acid does not give this test.

Que 6. Why is there a large difference in the boiling points of butanal and butan-1-ol?
Ans 6. Butan-1-ol has a higher boiling point due to intermolecular hydrogen bonding.

Que 7. Write a test to differentiate between pentan-2-one and pentan-3-one.
Ans 7. Iodoform test: Pentan-2-one gives yellow precipitate on reaction with NaOH and I2.

Que 11. Name the electrophile produced in the reaction of benzene with benzoyl chloride in the presence of anhydrous AlCl3. Name the reaction also.
Ans 11. Benzoylium cation or Friedel Craft’s acylation reaction.

Que 12. Give chemical tests to distinguish between the following pairs of compounds:
(i) Propanoyl chloride and propanoic acid
(ii) Benzaldehyde and acetophenone
Ans 12. (i) Propanoyl chloride does not give brisk effervescence with NaHCO3(aq) but propanoic acid does so.
(ii) Acetophenone gives yellow ppt of iodoform with I2 and NaOH whereas benzaldehyde does not show this reaction.

Que 14. Explain why dimethyl cadmium is preferably used in the preparation of ketones from acid chlorides. In what respect it is better than RMgX?
Ans 14. Dimethyl cadmium is less reactive than Grignard’s reagent because it contains fewer electropositive cadmium atoms (E.N. =1.7) as compared to magnesium (E.N. = 1.2). Thus, dimethyl cadmium reacts with acid chloride to produce ketones. It does not react further. On the contrary when RMgX is used it reacts further with ketones to form tert alcohols.