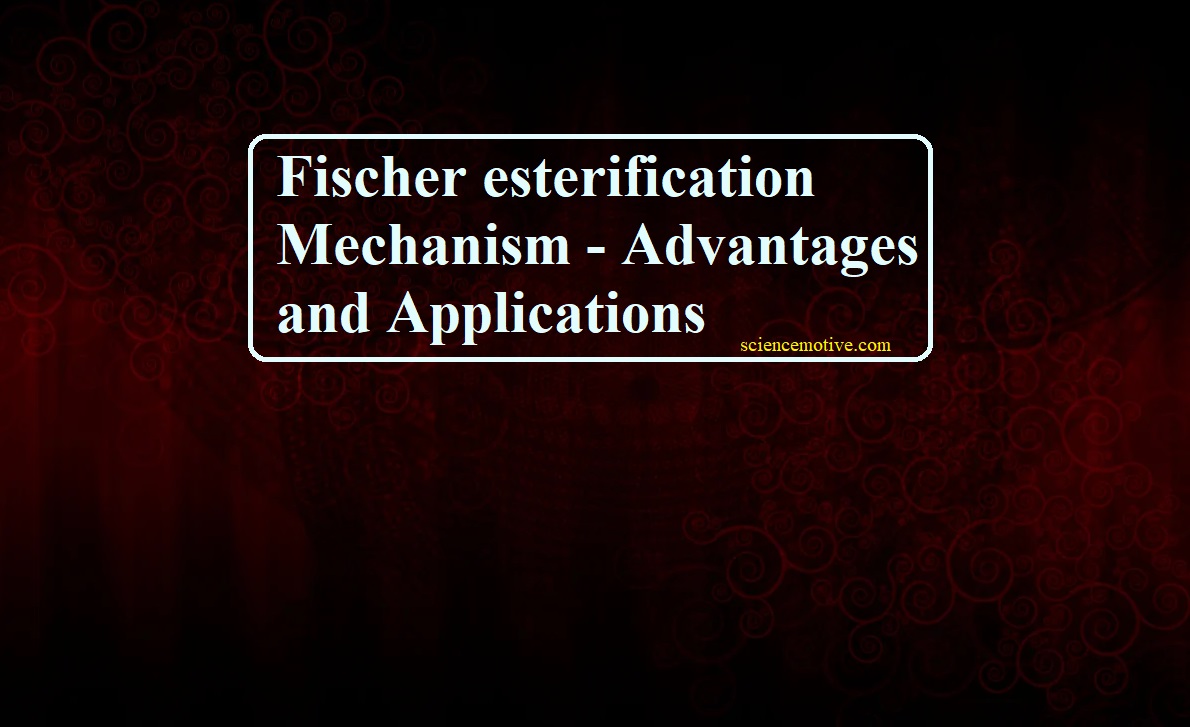 The Fischer esterification is an organic reaction used to convert a carboxylic acid and an alcohol to an ester using a strong acid catalyst. It is also known as Fischer-Speier Esterification. Fischer esterification is an example of nucleophilic acyl substitution based on the electrophilicity of the carbonyl carbon and the nucleophilicity of alcohol. The alcohol produced This can be done by washing the contents with two-thirds of de-ionized water.

Most carboxylic acids are suitable for the reaction, but the alcohol should generally be primary or secondary. Tertiary alcohols are prone to elimination. Commonly used catalysts for a Fischer esterification include sulphuric acid, p-toluene sulphonic acid, and Lewis acid such as scandium (III) triflate [Sc(SO3CF3)3]. Disadvantages of Mechanism:
(i) As most steps of the mechanism are reversible, the whole process eventually takes a long time.
(ii) This process uses a strong acid. If a weak acid was used, the reaction time would again increase.
(iii) In the presence of strong acids, tertiary alcohols undergo rapid dehydration.

Different Applications of Fischer Esterification:
(i) The mechanism is majorly used to produce esters which then finds its use in a range of synthetic and biological applications.
(ii) They are for example used as solvents for lacquers, paints, and varnishes.